Ring's End is an authorized dealer of Marvin windows and doors. Experience Marvin Signature™, Elevate™ and Essential™ window and door products first-hand in one of our nine showrooms where our expert staff can assist you with customized solutions for your project. Our team can help from ideation to installation, and will happily service any Marvin window or door product, regardless of where it was purchased.
Request a Consultation
Signature
Elevate
Essential
Skycove
Awaken 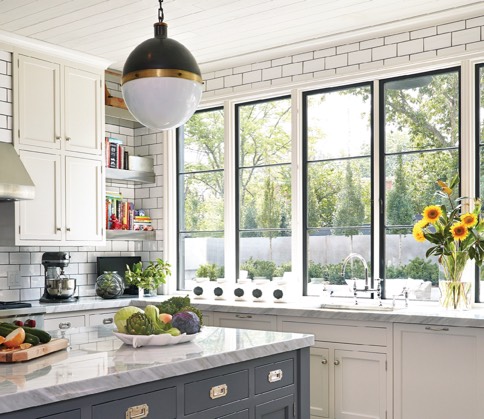 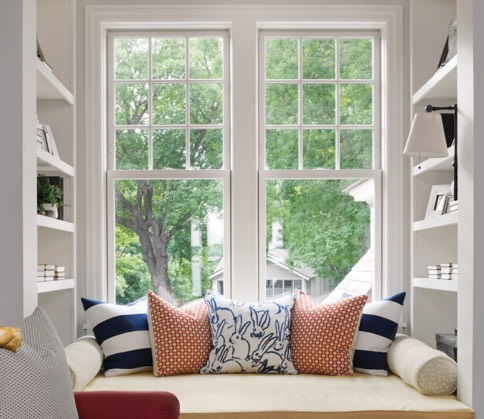 Marvin Elevate™
Remarkable design. Beauty that lasts.
Request a Consultation
The Marvin Elevate™ collection offers an ideal blend of remarkable design and superior strength, bringing balance to style and performance needs. Warm woods add richness and depth to room interiors, while carefully curated details bring an extra level of refinement. Every window and door in the Elevate collection is engineered with proprietary Ultrex® fiberglass exteriors so they last in even the harshest weather conditions, outperforming and outlasting vinyl, roll-form aluminum, and other fiberglass composites. The Marvin Elevate™ collection can be used in new construction or replacement projects.
Read More
Elevate™ windows are available in several styles such as double-hung, casement, glider, and awning. Elevate™ doors are offered in both traditional and contemporary styles across a range of sizes.
In need of inspiration? Browse Marvin Elevate™ doors and windows in our photo gallery. 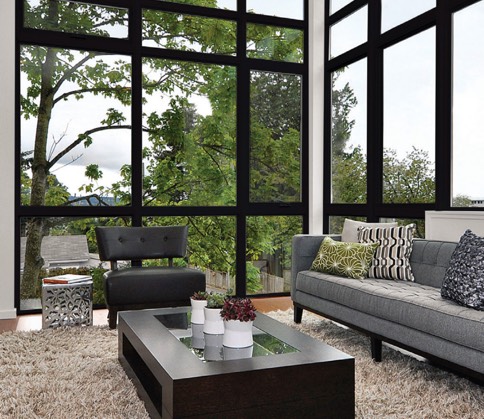 Marvin Essential™
Clean lines. Strong performance.
Request a Consultation
The Marvin Essential™ collection combines design and performance in one streamlined offering, giving you a simple way to meet project demands without sacrificing style or quality. By offering clean, uncluttered design, the Essential™ collection blends well with a range of project styles and is engineered to last in extreme conditions. Marvin’s durable, proprietary Ultrex® fiberglass exteriors and interiors are both visually striking and virtually maintenance free. Simplified features and options make it easier to order exactly what you need. The Essential™ collection is available in double-hung, casement and awning styles.
Read More
The variety of colors and hardware options are ideal for replacement windows or new construction projects.
In need of inspiration? Browse Marvin Essential™ doors and windows in our photo gallery. 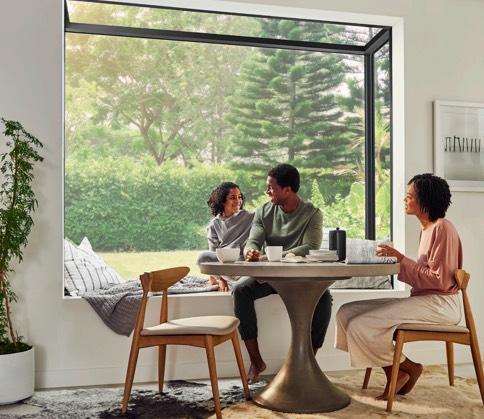 Marvin Skycove™
An immersive experience.
Request a Consultation
Imagine an inviting space, flooded in light, where you can enjoy a cup of coffee with a close friend or escape into a good book. Marvin Skycove is a fully constructed, box glass structure that projects into the open air to create a smart extension of usable space that delivers stunning, panoramic views. Usher in restorative light from four directions. Skycove creates an intimate nook to escape, relax, and rejuvenate, yet its seat is large enough for several people to gather, engage, and share. Whether located in a bustling living area, or placed in intimate rooms like bedrooms and dens, Skycove can be your favorite retreat.
Read More
See Skycove on display exclusively at our Darien window showroom. 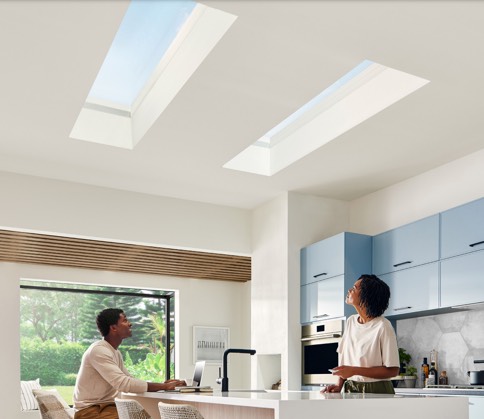 Marvin Awaken™
Breathe new life into your home.
Request a Consultation
The Marvin Awaken Skylight was built to harness light and air in new ways. In an industry first, this smart skylight window is the first to offer built in, tunable lighting that mimics the ideal color temperature of natural light to provide the right light at the right time. The Awaken skylight’s efficient and automated ventilation helps improve indoor air quality, and its design-forward profile in large sizes create a seamless view to the outdoors. Its unique, connected features make it easier to live better.
Read More
See Awaken on display exclusively at our Darien window showroom.

How do I decide upon exterior materials like fiberglass vs. wood when shopping for high-quality windows?

Your choice of window is dependent on climate considerations, desired durability and aesthetic preferences. Ring's End offers Marvin windows in a variety of materials, including fiberglass and wood. Marvin Essential™ and Elevate™ windows exclusively use proprietary Ultrex® fiberglass exteriors, which is supremely durable and low maintenance, yet customizable to meet your design goals. Wood exteriors are prized for their craftsmanship and aesthetic benefits. They can be painted in a variety of colors and offer a grained finish that is difficult to match. Many homeowners prefer fiberglass exterior windows. If you decide to purchase windows with fiberglass exteriors, we recommend adhering to the color options available from the manufacturer; painting fiberglass window exteriors may void the factory warranty.

What does it mean to say that fiberglass windows are "virtually maintenance free"?

Many of Marvin's fiberglass windows are “virtually maintenance-free”. This means you rarely need to check on your windows for damage or wear and tear. Furthermore, warping due to seasonal temperature changes should not be of concern. However, you will need to practice occasional maintenance (a few checks annually, in total) on fiberglass windows:

Do you have any window showrooms to see Marvin products in person?

Ring's End features Marvin windows and doors at our eight millwork showrooms located throughout Connecticut and Westchester County, New York. Explore what Marvin's collections have to offer, from sliding and French patio doors to clad and tilt window products. Browse our galleries to gain design inspiration for your project. Our in-store free consultations make it easy to learn more about Marvin windows and doors for your home. Click here to schedule a free in-store visit.

Where can I find Marvin Integrity Windows and Doors?

What is the Marvin Window & Door warranty?

All Marvin windows and doors are covered by a substantial, industry-leading Limited Warranty. For detailed warranty information, visit the Marvin website. Ring’s End also offers a five-year limited warranty on any Marvin product installation we provide. If for any reason you are not satisfied with your windows, our in-house Service Team is on standby to fix related issues.

If you choose to replace or upgrade your old windows with a Marvin product, we recommend working with a skilled contractor who is trained to install Marvin windows and doors. Alternatively, you may contact Ring's End, a Marvin Certified Installing Retailer. We offer professional in-home installation service by fully licensed and insured local experts in Connecticut, New York, and Rhode Island. Before purchase and installation, you will work with the Ring’s End Installation Services team to coordinate a complimentary in-home site evaluation and receive a written proposal. After a contract is signed, the Installer will review your project specifications with you to confirm that the correct windows and/or doors are ordered. Our Installation Service Manager will then arrange delivery and installation with you, and lastly, an installation review will be conducted when the job is completed to ensure complete satisfaction with your product and experience. In addition to all manufacturer’s warranty coverages, we offer a 5-year limited warranty on all installation labor and workmanship we provide. Contact us for help with all of your home projects or installation needs, or feel free to visit a showroom near your home.

All Marvin products are assessed and rated by the National Fenestration Rating Council (NFRC) and are Energy Star certified. The NFRC provides a uniform national rating system for the energy performance of doors and windows. Marvin provides an Energy Data calculator to help you find the best energy-efficient doors for your needs.

Why Choose Marvin Products for Your Window Replacement Project?
A family owned and operated company since 1912, The Marvin Brand has worked to design and build better ways of living by evolving their window and door products to meet the ever-growing needs and demands of architects, builders, and homeowners. Made in America, Marvin's three product collections: Signature™, Elevate™ and Essential™ work to provide the perfect solution for their customer's unique needs.
Read More
Marvin windows and doors are all custom made to each customer's exact specifications. Marvin is dedicated to manufacturing aesthetically pleasing windows and doors of high performance and quality with the goal of bringing the beauty of the outdoors into the home. Marvin offers options for every style of home, including new construction and replacement projects. The versatile collections can provide solutions for all types of architecture and work together to create a cohesive look.


Ring's End is proud to be both an authorized dealer and a Certified Installing Retailer of Marvin windows and doors, offering our customers the opportunity to experience Marvin Signature™, Elevate™ and Essential™ window and door products first hand in one of our eight showrooms. Our staff can provide you with the expertise and assistance you need in order to customize the perfect solution for your project, from inspiration to installation. We are also happy to service any pre-existing Marvin window or door product in your home, regardless of where it was purchased.
Compare
Compare
You have no items to compare.